This group of layers are about absence as well as presence. The space is an intersection of multiple times and spaces. I wonder how to translate all the places this places have been?. How to translate multiple layers in to a surface that is never just one surface?

The process of making them starts from a recollection of photographs I´ve been taking of old republican facades in downtown Bogotá.
The facade is the only wall left of this constructions because the houses inside were left to decay or disappear. This architectural period interests me particularly because in the 19th century the country was going through a phase of constructing itself as a nation. From the few remaining examples of architecture of this period you can tell a lot of what was going on with it´s citizens at the time, a moment for dreams of modernization and the collective embracing of a promised better future. Seeing them in this state of decay only shows yet another example of a certain failure or simply a change of plans. 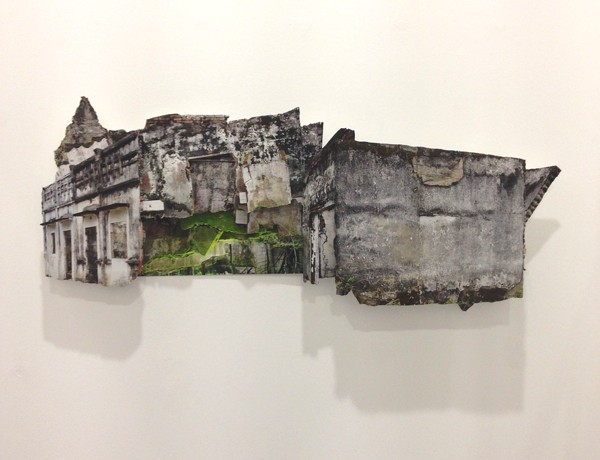 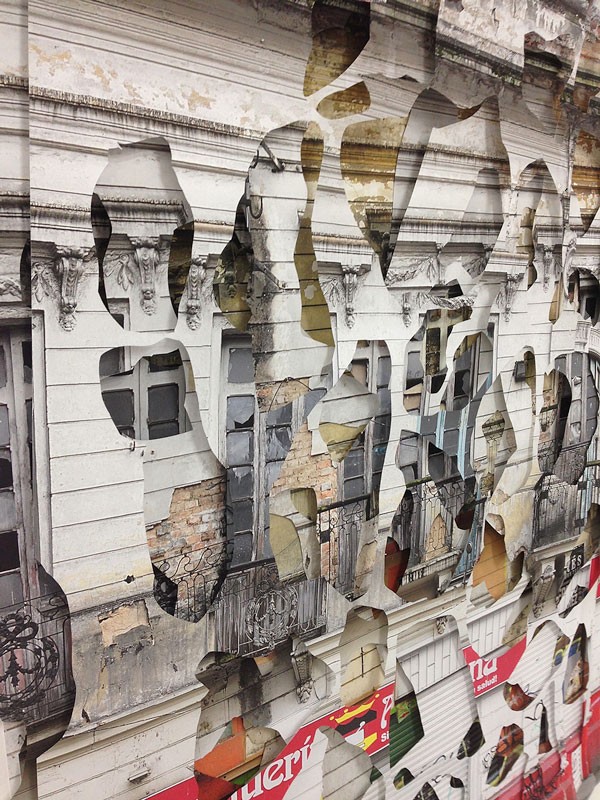 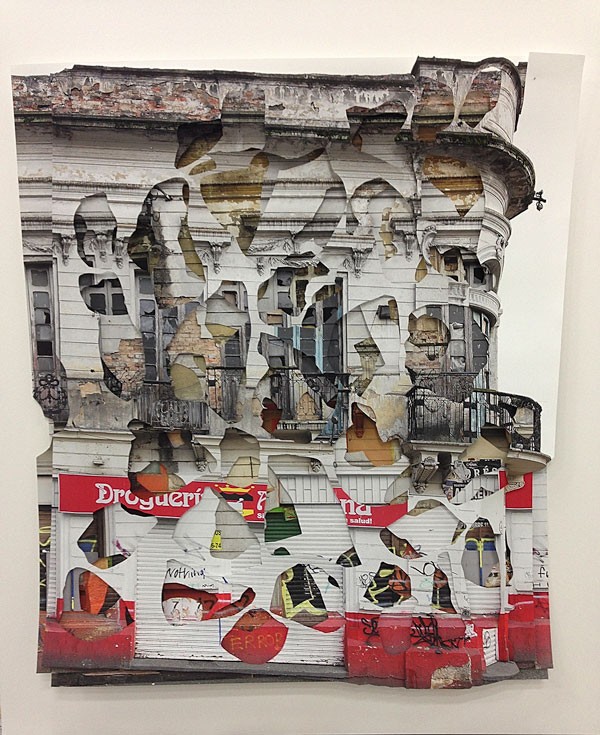