This site-specific intervention of Leyla Cárdenas has a ghost like presence, a presence that is seen as absence—which defines the nature and experience of a trace. The drawing of a building on a white wall has been meticulously removed by the artist until the floor was covered with layers of paint.*

The building resembles an old residential house; with the blinds down and no human sight. It looks deserted, it feels lonely. The white paint on the wall seems already cracked and in a natural process of decay.. Falling apart was unavoidable, a question of time. Still there is a certain crudeness in the artist’s intervention, as if her gesture has sped up the process, allowing us to witness this deterioration in fast-forward, taking us to the inherent destiny of a ruin. It’s the painful experience of a demolition. There is also a feeling of easiness in her intervention, not only induced by the precarious state of the wall, but also by the way she treats the materiality of the wall as a fabric, a piece of paper that is scratched and scraped again. This approach is present in other artist’s works, where residuals, fragments, discarded structures are used as material for sculptures and installations, yet the new context and re-use does not completely defuse their previous history.

We know it from Rauschenberg with his “Erased de Kooning Drawing” (1953), the question of destruction oscillates between addition and substraction. The strategy of removal is as much destructive as constructive. The act of erasure of an existing entity carries the potential of a new production. In Leyla Cárdenas site-specific intervention, it’s a reversed process. The act of removal resonates more to an archeological excavation and the work appears out of a discovery of something that already exists.

Cárdenas makes an act of deliberate disclosure: the peeled wall hides no secrets: it reveals a chaotic accumulation of traces and memories. The texture of the wall is its history, a history that is soon to be concealed by a fresh layer of paint. Artistic production meets exhibition-making. Think about how the preparations for an exhibition start and end the same: painting and cleaning the walls, removing carefully the previous traces and their related references and narratives, bringing the space back to a fictional white-impeccable status quo. 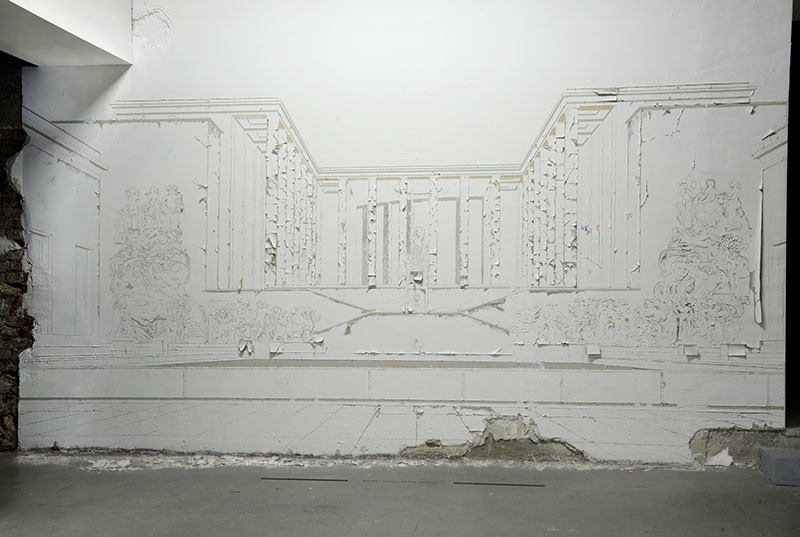 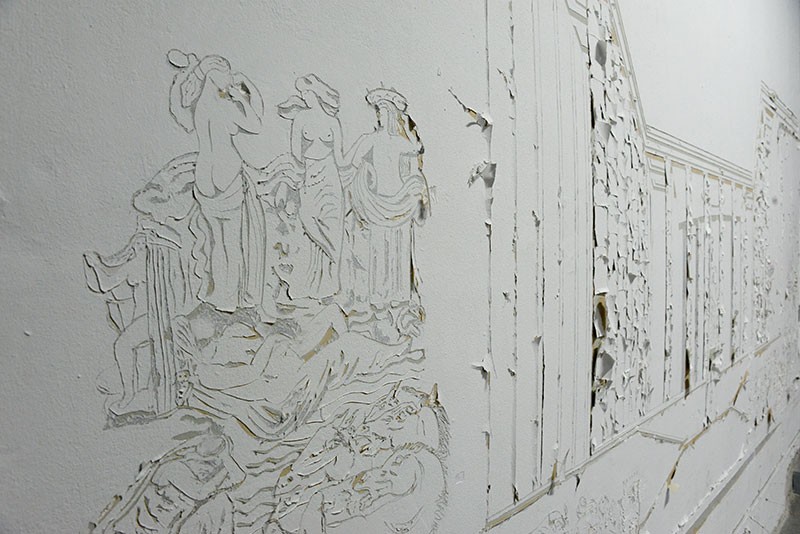 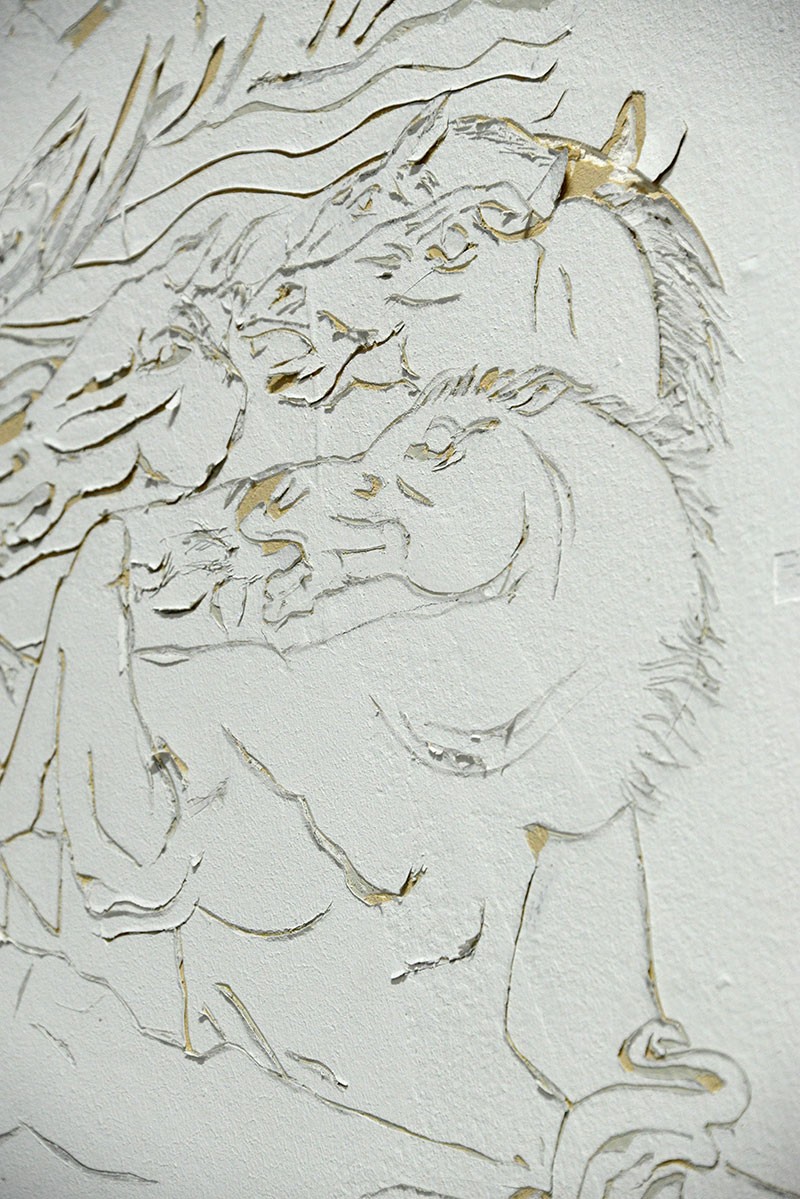 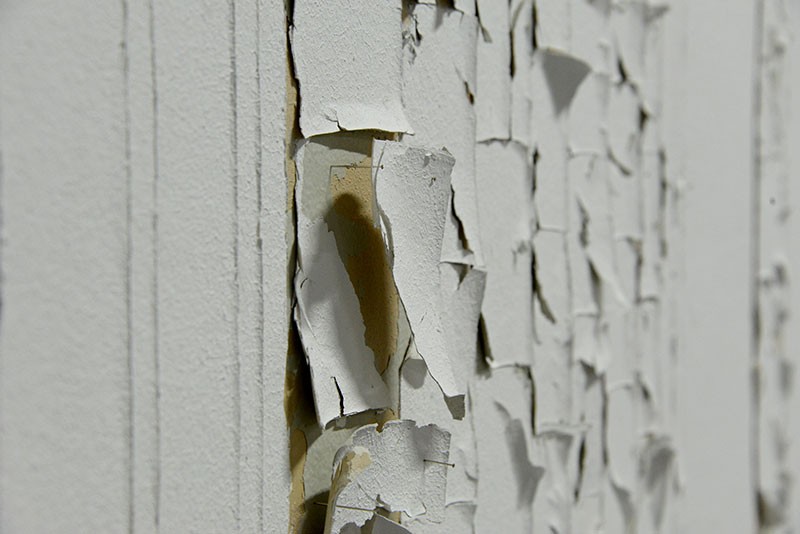 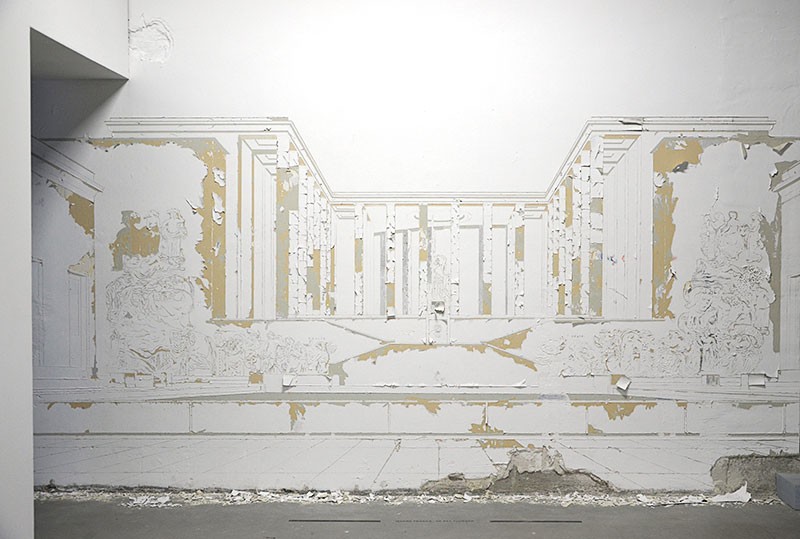 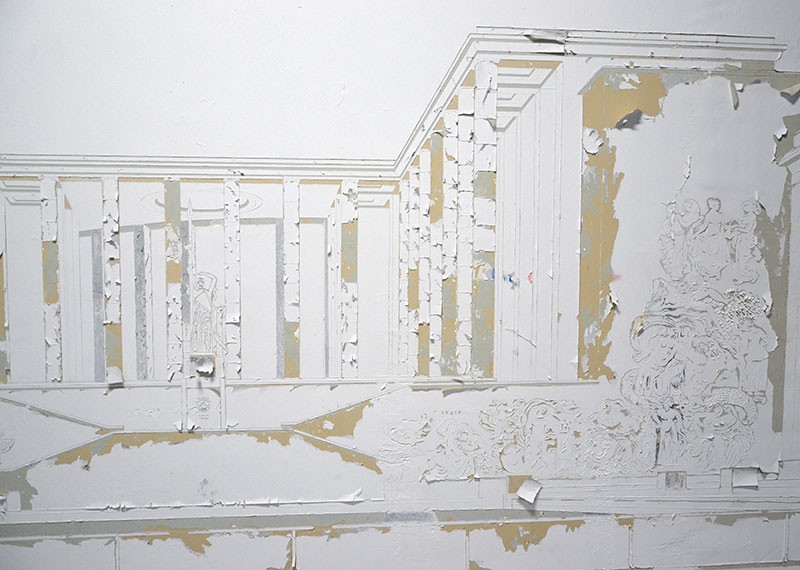 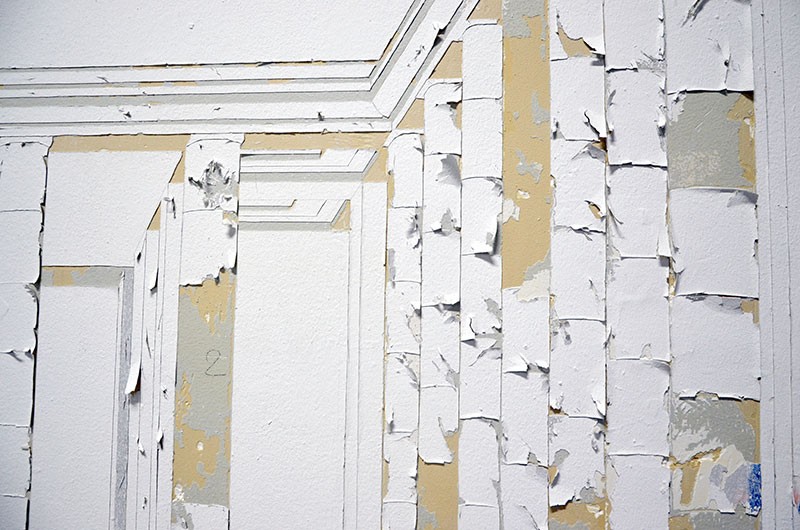